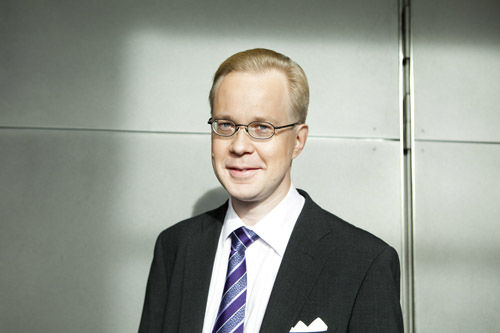 Petri Pihko: New tools speed up the development of pharmaceuticals

Petri Pihko develops new tools that help in creating new medicinal and other products while saving time and money compared to earlier methods.

Chemical reactions can be sped up with the use of catalysts, which are often enzymes found in the nature. Catalysts can also be synthetic, i.e. manufactured in a laboratory, but the tools needed to design the catalysts are still on a basic level.

This is a crucial problem, which Petri Pihko, Professor of Chemistry at the University of Jyväskylä, is trying to solve with his research team.

“A typical enzyme increases the speed of a reaction by about a billion times, while man-made catalysts may only increase the speed by a thousand times. We still have a long way to go until we reach such efficiency, and in this respect, chemistry is still in its infancy,” Pihko explains.

Pihko’s research helps to bridge gaps in synthesis methods. They are chemists’ building blocks that help in manufacturing different molecules.

“Chemical reactions can be started, but we do not yet always know how to get them where we want them as quickly or slowly as necessary. This is where new types of catalysts come in.”

The new tools help develop new pharmaceuticals quicker and with less costs. Pihla says that an example of a future application could be the production of new antibiotics.

Pihko believes that the basic research of the University of Jyväskylä can benefit a number of other industries in the future. These could include the manufacturers of fine industrial chemicals and new bio-fuels.