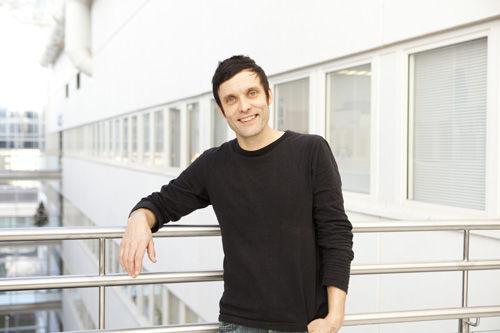 Pauli Kallio and his colleagues were the first in the world to make propane out of bacteria. Next, they are planning to turn water, carbon dioxide and sunlight into gas that could be used as transport fuel.

His grandfather and mother are biologists while his father is a food scientist. As Postdoctoral Researcher Pauli Kallio’s family is full of scientists, it did not surprise anyone when he wanted to study biochemistry at the University of Turku.

‘No one had to force me, because I had been interested in chemistry ever since I was a kid. Laboratories that I saw when I visited my mother or father at work made my imagination bubble in a wonderful way. Plus, I have always loved science fiction,” Kallio explains.

Kallio wrote his doctoral dissertation for the Department of Biochemistry on bacteria that are able to make antibiotics and cancer medicines.

In the last few years, he has focused on developing renewable fuels that could replace oil, natural gas and coal.

Kallio and his team made headlines when they were the first in the world to make propane with the help of coliform bacteria. Propane is a familiar constituent of liquid gas, but it is also suitable to be used as alternative transport fuel.

In the method developed in Turku, bacteria can grow in a variety of growth media – in principle, even in waste sludge.

‘This is only an intermediate objective. We are also studying sunlight-consuming photosynthetic bacteria. If treated correctly, they could help in making gas directly from water, carbon dioxide and a little bit of sunlight.’

Such a 100-per cent clean production would be revolutionary, because then the energy radiated by the sun would no longer have to be first bound to biomass, such as energy plants or palm oil plantations.

‘Commercial solutions are still far off. Our vision, however, is that one day, photosynthetic bacteria can be used to produce energy in large-scale plants. They could be located in areas not suitable for farming, such as deserts or the sea.’