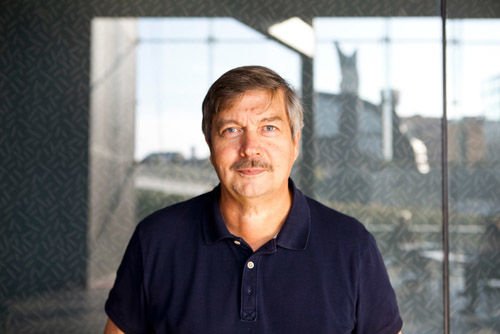 Ossi Pastinen is developing a one-of-a-kind manufacturing method where the biomass of plants, algae or bacteria is transformed into oil using microbes. The method serves to develop top-quality biofuel.

During his lengthy career as a chemist, Ossi Pastinen has specialised in sugar compounds.

The researcher, who studied bioprocess technology and did his doctoral thesis on the subject, is now working in the biochemistry research group at Aalto University.

In the process developed by the group, sugar compounds contained in lignocellulose are transformed into oil using microbes. The oil can be refined into top-quality next-generation biofuels.

Cellulose is produced by the biomass of plants, algae or bacteria. It contains sugar compounds that are transformed into oil through a complex chemical process where the help of microbes – bacteria, yeast or mould – is needed.

The research focuses on the use of fully renewable raw materials. In addition to biomass obtained from energy plants or algae, various types of waste are suitable for production.

"Our timing is excellent. The market is feverishly looking for biofuels made from substances other than food raw materials," Pastinen says.

Aalto University, together with Neste Oil, has been developing microbe oil since 2007. The research project has led to the opening of a testing plant in Porvoo.

"We are able to test that the process works on an industrial scale."

Pastinen has also worked as a researcher for various companies. He finds it important that research can evolve into practical applications for businesses.

As an indication for good results, Pastinen holds 12 patents for his inventions developed together with his research group.

"Being a chemist is my dream job. I found chemistry easy at school. When I wrote down the formula of black powder on the blackboard, my teacher encouraged me by saying that I was sure to become a chemist!"