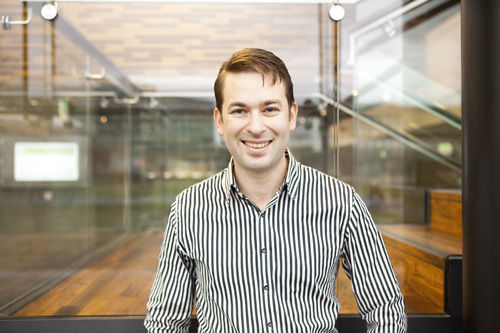 When microbiologist Manu Tamminen was a kid, he wanted to test the chemical reactions that the basic chemicals found at home are capable of.

‘I was particularly interested in experiments that produced explosions, smoke and brilliant colours,’ Tamminen recalls.

The young home chemist later found his way to the University of Turku, where he first studied chemistry, but then switched to biochemistry. His doctoral dissertation on microbiology was completed in 2011 for the University of Helsinki.

‘It dealt with antibiotic-resistant bacteria found near fish farms in the Baltic Sea.’

Tamminen still continues studying the same subject. Now one of his aims is to find out how the resistance-inducing genes are transmitted from one bacterium to another.

‘We know very little about the life of bacteria and other microbes. They are small, and the number of different species is incredible. Just a handful of soil can contain hundreds of millions of microbes.’

After completing his dissertation, Tamminen worked in the USA for a couple of years. There, his team developed a method to analyse millions of microbes relatively quickly and with little effort.

Thorough knowledge on resistant bacteria is important for medicine, because it helps in extending the useful life of current antibiotics that are gradually losing their effectiveness.

‘In the future, we will be able to analyse quickly the bacterium that caused an inflammation and formulate a compound that works well on this particular bacterium.’