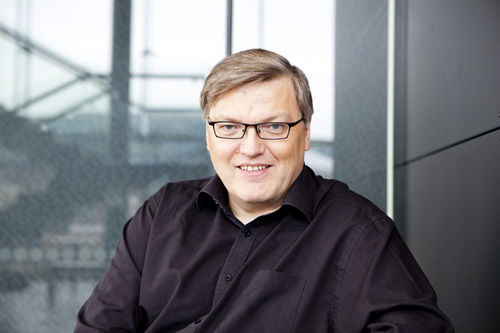 Jari Louhelainen’s academic research went suddenly viral when he reported to have solved the mystery of Jack the Ripper with a DNA study.

Jari Louhelainen was trained as a biochemist at the University of Helsinki, but he has spent his entire two-decade working career abroad.

At the Karolinska Institutet in Stockholm, he studied bladder cancer and wrote his doctoral thesis on this subject. After that, he moved to the United Kingdom and took up positions first in the renowned research institute Cancer Research UK, then at the University of Oxford, and finally at the University of Liverpool.

“In my current job, 50% of my working hours are spent on sports medicine. During the second half, I investigate old crimes with the help of DNA studies,” Louhelainen says.

In 2011, the Finnish DNA researcher accepted a job that turned out to be far more momentous than he could guess. He was contacted by Russel Edwards, who was investigating the mystery of Jack the Ripper, the serial killer that terrorised the people of London in the 1880s. Edwards asked Jari Louhelainen to analyse a scarf that had allegedly belonged to one of Jack’s victims.

“For me, it was purely a scientific challenge. I knew it would not be easy to extract DNA samples from such an old piece of cloth.”

The analysis revealed that the scarf contained traces of the victim’s blood and the killer’s semen, and, using special technology, Louhelainen managed to separate DNA from the old stains. The DNA samples were similar to the samples given by the alleged victim and the suspect.

After his analysis, Louhelainen concluded that Jack the Ripper was a Polish barber named Aaron Kosminski, who had been one of the police’s suspects at the time.

Edwards’s book on Jack the Ripper came out in September 2014, and the revelation was greeted by huge media attention. In just a few days, Louhelainen gave more than 50 interviews and talked to international television channels from BBC to CNN.