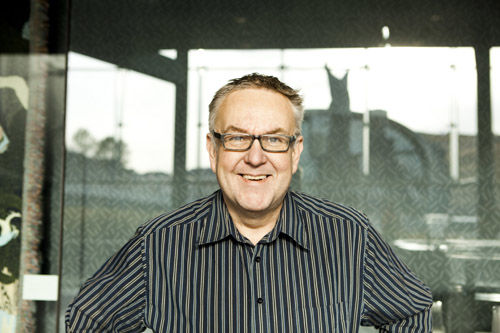 Ilkka Kilpeläinen: A dress made of birch wood

Ilkka Kilpeläinen is developing a new method to create textiles from wood. Marimekko has already designed the first piece of clothing made of this innovative material.

Ilkka Kilpeläinen’s first profession was a sheet metal worker. Then he graduated as a laboratory technician and, by that time, was so in love with chemistry that he applied to become a student of organic chemistry at the University of Helsinki.

Today, Kilpeläinen is the Professor of the Department of Chemistry in the University of Helsinki and a member of the Finnish Academy of Science and Letters, which invites as its members Finnish scientists with exceptional academic and scientific merits.

In the last few years, his research activities have focused on a method to manufacture a new type of cellulose-based fibre for the needs of users such as the textile industry.

“The Ioncell method is unique because a new ionic solvent is employed to dissolve the fibres of wood cellulose, so that no toxic chemicals are needed,” Kilpeläinen explains.

Traditionally, cellulose has been used to make viscose, but the production process involves the use of highly toxic carbon disulphide.

“From the beginning, our aim was to create a fibre with the best possible quality. In terms of strength, Ioncell is similar to hemp, which means that it is very strong.”

So far, the production has been on a very small scale, but over the next few years, even commercial-scale production could be possible.

“In the early days, many people, including myself, had doubts about the project. But now the industry finds the method extremely interesting. At first, the solvents were expensive and difficult to recycle. Now we have managed to solve the most of such problems.”

The first textile company to try out the new innovation was Marimekko. Its Spring 2014 collection features a giant dot print dress made of Ioncell fibers.