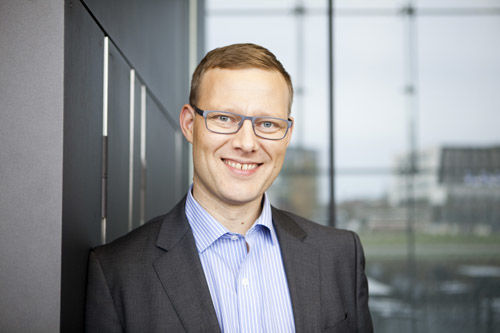 Henri Huttunen’s decision to start studying chemistry did not come as a surprise to anyone. His both parents worked in clinical chemistry in the healthcare sector and his grand mother as a laboratory technician at a paper mill. Even his sister became a medicinal chemist.

Huttunen’s received his PhD in Molecular Cell Biology from the Institute of Biotechnology at the University of Helsinki. Throughout his working career, he has balanced academic research with business ambitions.

In the University of Helsinki, Huttunen is the leader of a research team on Alzheimer’s disease. He is also one of the founders of Herantis Pharma, a pharmaceutical development company that performs clinical drug studies to early research findings.

“We aim to develop new drugs for diseases for which no medical treatment exists, or the known treatments are not good enough.”

The company has made considerable progress in the development of a new drug for Parkinson’s disease. The results of animal tests have been very promising. Next, the efficiency of the medicine will be tested on human brain in patient tests.

“The drug has huge potential, but the efficiency and safety of new medicinal products must first be proven with clinical testing,” Huttunen says.

Alzheimer’s, Parkinson’s and other diseases of the nervous system are important not only from the human perspective, but also for the society as a whole. According to Huttunen, the global costs of treating people with dementia are up to EUR 500 billion every year.

“At the moment, we only have drugs that alleviate the symptoms. Our target is to find new pharmaceuticals that could at least slow down the progress of neurodegenerative diseases. This would not only improve the quality of life of dozens of millions of people, but also involve huge cost savings for society.”