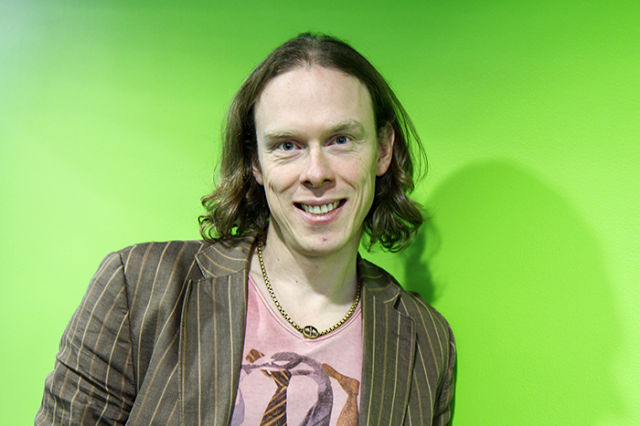 Arri Priimägi: Light-controlled materials are on their way

Arri Priimägi is researching light-controlled materials. The increasingly popular area of research might lead to significant inventions in many fields, for example, when it comes to information saving.

Arri Priimägi from Estonia went to the Tampere University of Technology to study physics. During his first year of studies, he read books popularising science and became seriously interested in science.

After his graduation as a Master of Science in Technology, Priimägi continued as a researcher at the Helsinki University of Technology (now Aalto University) and completed his doctorate in 2009. The topic of his doctoral research was light-controlled materials.

Since then, Priimägi has worked at the Tokyo Institute of Technology in Japan and at the Politecnico di Milano in Italy. In 2014, he returned to the Tampere University of Technology as an assistant professor in the Department of Chemistry and Bioengineering.

“During my entire research career, I have considered it important to have an interdisciplinary approach, where the research of both chemists and physicists is utilised,” he says.

At the centre of Priimägi’s research are materials whose structures and arrangements can be impacted by light.

Photonics refers to research that is related to producing and handling light. In the future, the results of this fast growing area of science can be utilised in many different fields, for example, in energy production and in medical applications.

According to Priimägi, controlling the arrangement of molecules with light is also helpful in the development of new methods for storing data. There is tremendous need for new storing methods, because amounts of data in the world are growing radically.

“In the near future, our research will focus on the utilisation of light energy in producing mechanical movement. In the future light can be used, for example, to lift items from one place to another,” Priimägi predicts.